Team Ashton at Quinta do Lago

Team Ashton enjoyed the first day of the Euro 8's competition at Quinta do Lago where they are defending their title. They made a good start but will need to be on their mettle as some silly scores were being posted. In one example, Alan Curties and Dave Parry scored a respectable 38 points and were beaten by 10 by two 28 handicappers from Belgium! Handicap reviews suggested!! Day two at Laranjal awaits.... 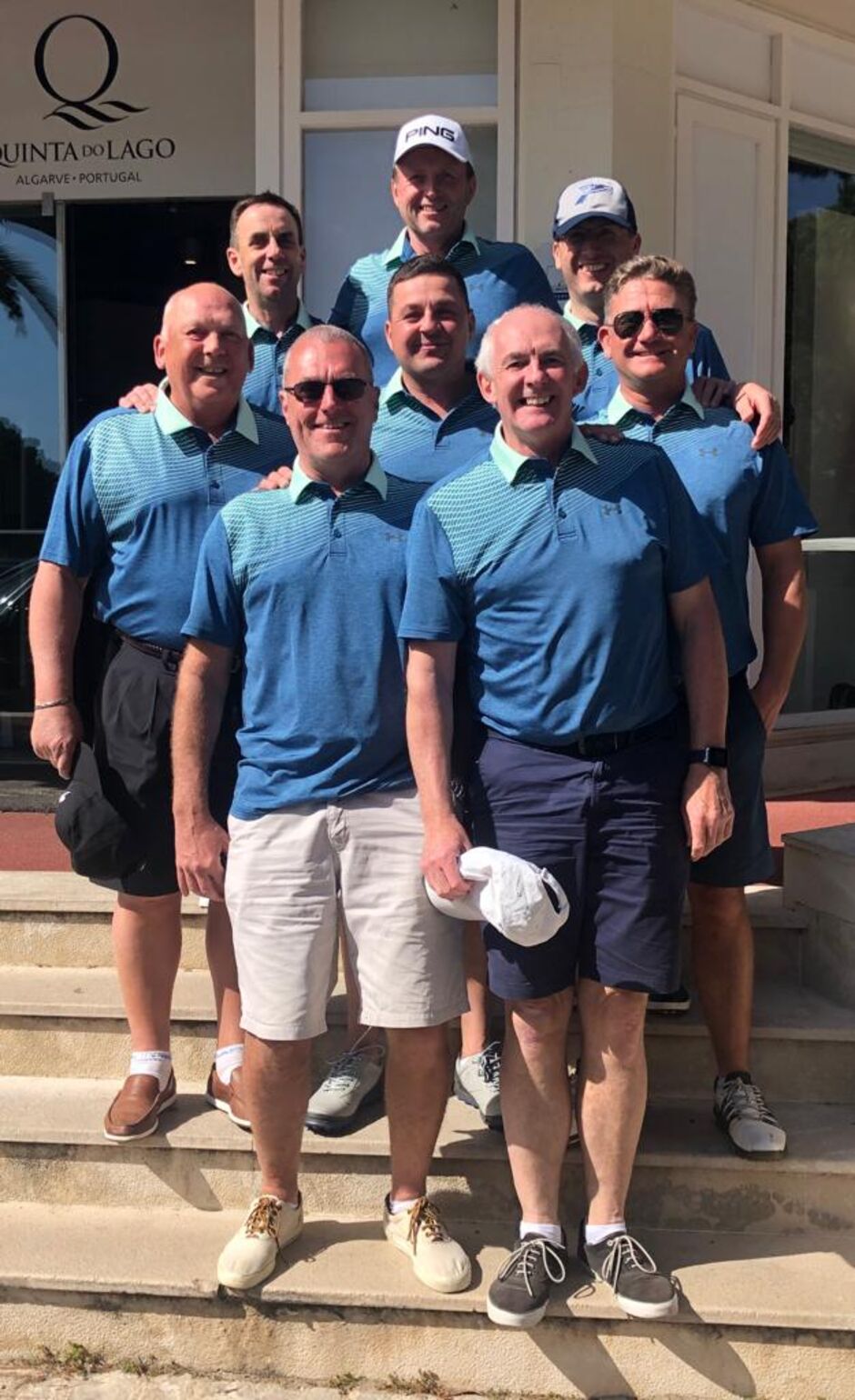 Unfortunately, Team Ashton came against some stiff opposition this year and could only finish mid-table.  Their opponents on the final day were The Munster Boys on Tour - a real friendly bunch of Irish lads who went on to win the event. Nevertheless, a great time was had by all.  Many thanks to Peter Allan for organising such a memorable trip.